Lets accept this straight fact. Everyone who starts journey to making money online think that he/she may not have enough skills needed for success. If you are also one of them, meet this man from China. When he started his online business, he literally did not have anything. He did not have money, he did not know a single line of code nor he had any knowledge of SEO or anything. However he had one crucial quality i.e. passion to build something of his own. And that made all the difference. Meet Jack Ma, the founder of Alibaba, the richest Man living in China. 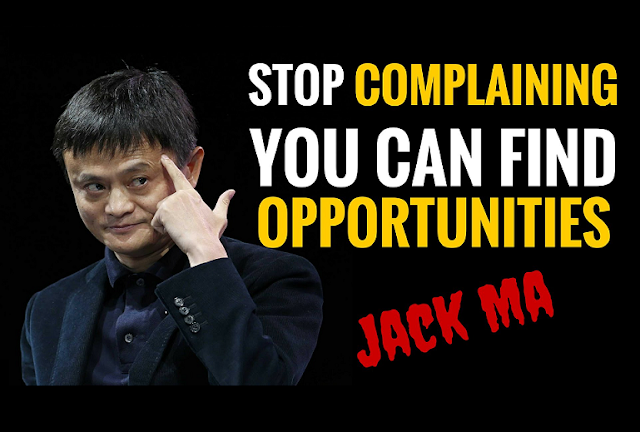 The more you will read about Jack Ma, more you will feel amazed. In the high school he was a below average student. Actually he completed his graduation after several try. After the graduation he tried his luck in different jobs only to taste failure everywhere. Jack Ma recalls the job interview of McDonalds where he was the only person to be rejected among 24 applicants. He also tried his luck with Police service only to face humiliation. Actually if you see his photo, you will see he looks nothing more than a common man. May be that was the reason why no one was interested to invest on his ability. However there was one person who never lost his confidence in spite of all these failures, he was Jack Ma himself.


After several failures, Jack Ma finally got a job as English teacher. You would not believe he was drawing a salary of $12 per month at that time. It was around 1990. As you can guess he was not satisfied with a teaching job and that salary he was getting. To change his luck he decided to visit USA. This was the turning point in his entrepreneur life. In USA he gets to know about internet. And he readily realized it was the next big thing. In internet he searched about his country China to find zero result. He could not believe his own eyes that a country over 1 billion people had no presence on the next biggest thing. During this time idea of Alibaba came to his mind.


Don’t judge the past of Alibaba by seeing its present condition. Today alibaba is not only leading marketplace in China but all over the world too. However initial days of Alibaba was not as smooth as it may seem. At first no investor were agreed to invest on Alibaba. But this time around some of Jack Ma’s friend came to his rescue. Together with his friends Jack Ma started Alibaba.com in 1999.


Alibaba was a huge success from the beginning. This success of alibaba got some initial investment from Goldman Sachs and Softbank of USD 5 Million and USD 20 Million respectively. Since then there was no looking back. Since the success of Alibaba; Jack Ma started several successful online ventures. However I am quite sure the success of Alibaba still is the brightest chapter in Jack Ma’s memory.


In the year 2014, in what turned out to be the largest IPO to date, Jack Ma successfully raised around USD 20 Billion for Alibaba by listing it in the New York stock exchange. This IPO offering made Alibaba, a 15 years old e-commerce company one of world's largest companies as measured by its market capitalization that was approximately USD 200 Billion. Till date Jack Ma still is the richest man in China.